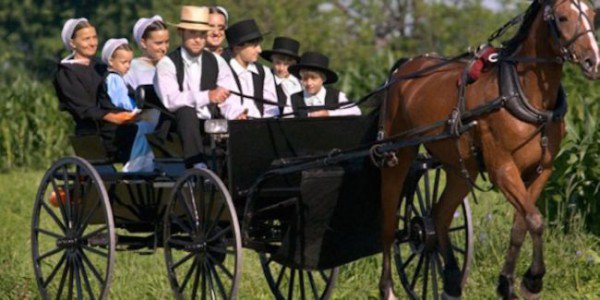 Genetic mutations are usually associated with bad news. A mutation in BRCA genes could put you at risk of breast or ovarian cancer or give you a blood disorder like thalassemia or haemophilia. From cystic fibrosis to phenylketonuria, colour blindness to polycystic kidney, there is a long list (some rare, some not so rare) of diseases caused by mutations.

Although, Marvel Comics has done a lot on its part to promote the good that can come out of harboring a rare mutation, the benefits are yet to reach the common man.
A commonly cited example for good mutation is the resistance to malaria that is conferred by the Sickle Cell mutation, but it does come with the risk of getting two copies of the mutation and being affected by sickled red blood cells. There are a few other mutations that seem to help people lower their risk for heart diseases, get stronger bones or improve their under water vision.

But, a recently published paper in Science Advances puts light on a mutation in SERPINE1 gene in a kindred of 177 members of Old Order Amish community living in Berne, Indiana.

The Amish community in the USA is known for simple living and reluctance to adapt to modern advancements. From the evolutionary biology point of view, the Amish population is a deme, a term used for local population that inbreeds and shares a distinct gene pool. The Amish population is known for its higher incidence genetic disorders such as dwarfism, Angelman syndrome, metabolic disorders and has been studied extensively to understand genetic mutations in humans. Dr. Amy Shapiro came across a rare bleeding disorder in the year 1992 in an Amish kid, which when investigated deeper was found to be due to deficiency of a protein called Plasminogen-Activator Inhibitor Type 1 (PAI-1).   PAI-1 is released by platelet alpha granules in response to an injury or  inflammation and help in formation of clots. Increase in levels of this protein causes thrombosis, where as deficiency leads to a bleeding disorder. PAI-1 is also part of the senescence associated secretory phenotype (SASP), a natural mechanism of the cell that aides the process of aging as well as cell death.

PAI-1 is encoded by the SERPINE1 gene, located on Chromosome 7. Mutations in the gene are inherited in an autosomal recessive pattern, which means that an individual needs to inherit a faulty copy of the gene from both, the father as well as the mother, to be affected by the blood disorder. However, as is the case, with all such inheritances, there is always a 50% chance that an individual gets only one copy of the faulty gene. This makes him a carrier of the gene, as is not affected by the disorder.

Dr. Douglas Vaughn, a cardiologist at School of Medicine at Northwestern University had been studying the role of PAI-1 in cardiovascular diseases for many years, when he came across Dr. Shapiro's publication on the extended Amish family. In his own lab, Dr. Vaughn had studied the effects of partial deficiency of PAI-1 on mice and found that it had anti-aging like effects. With the Amish kindred, Dr. Vaughn had an opportunity to check if this hypothesis was true in humans too.

Since, having two copies of mutation, leads to a bleeding disorder that can be fatal, even the Amish kindred were interested in knowing more about themselves and agreed to undergo a deeper study, although they are usually averse to new technologies.

So, in 2015, Dr. Vaughn and colleagues setup a two day camp in Brene, Indiana where 177 members of the Amish community went through extensive tests related to cardiovascular function, diabetes  and also consented to genetic testing for analysis of telomere length (since this has long been associated with aging) and SERPINE1 gene mutation status.

Out of the total 177 participants, 43 were identified as carriers of the mutation and had 50% lower levels of PAI-1 levels in their plasma, as compared to other participants, who were not carrying the mutant copy. As expected, individuals carrying two copies of the mutant gene had no detectable PAI-1 protein in their plasma and were affected with the bleeding disorder.

The study also showed that carriers of the mutation had longer 10% longer telomeres as compared to those who did not have the mutation. Carriers of the mutation not only had longer telomeres, they also recorded longer survival average of 85 years, as against the average of 75 years for unaffected individuals. But any talk of a longer life is meaningless, if the individual is heavily dependent on medication, needs constant care or cannot live a normal life. The metabolic parameters recorded during the study helped in determining if the carriers who had longer telomeres and were living longer, actually enjoyed a healthy life.

As it stands today. the Amish community by itself has a lower body mass index, lower fasting glucose as well as triglyceride levels, when compared to the average urban US population. However, this study also revealed that prevalence of Type 2 diabetes mellitus was lower in carriers and fasting glucose levels were 28% lower in carriers when compared to the unaffected population.

While cardiovascular parameters such as brachial pulse pressure and carotid intima-media thickness (cIMT) values were lower in carriers, the numbers were not statistically significant to clearly associated the phenotype with the genotype.

Overall, the presence of the mutation in the carrier form, not only gave the individuals longer telomeres for their ages (a marker of longevity), it also helped them live longer and live a healthier life by reducing their chances of getting diabetes.
Way ahead

The correlation established by the study is that lowering levels of PAI-1 in the body can help in fighting symptoms of diabetes and cardiovascular disease. This is now being put to test through clinical trials of PAI-1 antagonists that might one day be able to help manage these disorders. PAI-1 has also been shown to fight Alzheimer's like pathology in mice and could be used in that direction too!