Artificial Light - A pollutant or step towards something new? 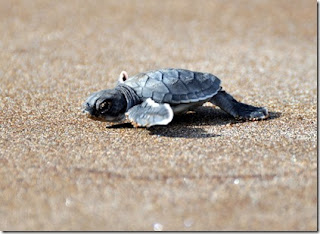 I remember watching a documentary once about sea turtles and how they make their way every year to the same beach to lay eggs. The young ones hatch and are naturally supposed to move to the sea, but instead get dazzled by our bewitching shorelines. Lined with shops, eateries, restaurants and bright lights which is good for local businesses but it does not really pan out well for the little turtles. These young guys are intrinsically drawn to bright lights and get disoriented and start moving inland, instead of going the other direction.

If you look it up, this is one of the many things that come listed under 'light pollution'. Now that sounds absurd, light - and a pollutant, (that simply preposterous I say !!) but it is not something new scientists are pointing out to. The term is very broad but can be applied to light that is unpleasant and disruptive. Apart from the obvious side effects, i.e. heat and carbon dioxide, too much artificial light has lingering side effects on our health, some of it may sound eerily familiar- Stress, fatigue, headache?  But this is not all, ecologically, light pollution has had a greater impact affecting nocturnal ecosystems world over. From insects that we all see hovering around a lamp post in the night, to migratory paths getting disrupted among birds, artificial light may not seem to have drastic effect on the environment but there are definite tattletale signs of its effects. 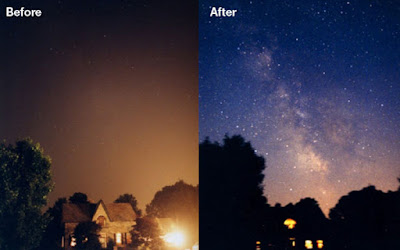 A recent study done by the University of Exeter showed that light pollution was not just affecting animal life on earth. In a massive data collection spree, where they actually looked at time of bud burst of four species of deciduous trees across UK.  They collected 13 years’ worth of data and this was compared it to night-time lighting in the areas as well as the average spring temperature. What they found was that the bud burst for areas that were more urban or in areas that were brighter was 7.5 days earlier, bringing spring earlier by a week.  Wow, think of it, the incandescent light that we rely on, the bright lights that we associate with keeping the unknown darkness away is actually causing measurable damage to the seasons, mating patterns in insects as well as forcing organisms to adapt, and on the long run evolve. All this commotion caused, yet again, by another artificial, ‘man- made’ commodity.

But what if I told you there is a cleaner more ‘organic’ way of to light? By now we all have deduced that anything organic is good, the more artificial it is the more damage it will cause. Turns out there is organic, biological light. Bioluminescence is what it is called. In the deepest depths of the ocean, organisms right from single celled bacteria to fish and shrimps have managed to light the way in the black abyss.  The beautiful dance that is created by these organisms is hypnotic to say the least. The main component of this is lucerferin – or light bringer, the component responsible for this beautiful effect.

In fact bioluminescent is responsible for many amazing phenomena all over the world. Another being

the bioluminescent bay in Vieques in Porto Rico and the beaches of Maldives. The videos of blue waves in the sea got the whole internet tagging it an out of the world experience. But it is small marine planktons that are responsible for this phenomenon. On mechanical stress these creatures let out light as a response, which is what you see when the waves come crashing in, or when you pat the water or paddle on it.   The common firefly owes many generations to luciferin, along with a variety of snails that are found south eastern Asia.


But bioluminescence is not just restricted to the animal kingdom. Which brings us to foxfire- or fairy light the dim light that lights up the way in jungles, and deep mines all over the world. This is caused by fungi that grow on dead and decaying wood. The oldest documented evidence of foxfire was made by Aristotle who called it light that was cold to the touch (which basically means the light produced by bioluminescencts is very energy efficient, unlike artificial light that produces heat). These mushrooms have given rise to many folklores and ghost stories and have equally baffled scientist. Now here’s a thought - What if we could harness this organic light for our lighting needs.

There are a few who have already turned the wheels to get the whole bio-light on the forerun for clean and efficient light.

Thanks to the already existing glow in the dark  happening in nature, synthetic biologist have played with the notion of bringing this to our benefit - harnessing bioluminescents in plants and making glow in the dark plants. So basically producing plants in the lab, through genetic engineering that glow in the dark, why you ask, well because 1 – we can and 2 well who wouldn’t want one of these in their living room or propped up one their table. But seriously the long term uses are just endless. Imagine glow trees on the street instead of street lamps.
In fact you can go ahead and pre order your glow plant today from this Kick starter company launched by AnthonyEvans called glowingplant.com.

That is not all bioluminescence has helped us with. Bioluminescence and luciferin has helped us get a closer look at organs in action as well help us understand the functioning of tumours and cancers. By tweaking the cells to be receptive to luciferin, scientist are now watching (like a live demo) how vessels function and how organs react. This technique has helped us get a better understanding of cancer progression, study in vivomechanisms in greater detail as well as look at interactions at molecular level.

The possibilities are endless, with bio-luminescence, we have just started taking noticing this natural wonder, who knows where it may lead us, we will keep you updated.