Leather whips, silk ribbons and fur straps, if you were under the impression that kinky was something exclusively human, think again, nature gets far more freaky than our conservative beds. When it comes to having wild sex, animals and insects take it to a whole new level.  From diving water beetles that catch the females, risk her life, just so that she copulates; to mating plugs that literally means the male severs off his own genitals, sacrificing his life to secure paternity. Here is a look at some really cringe worthy wild sex stories, from the wild. 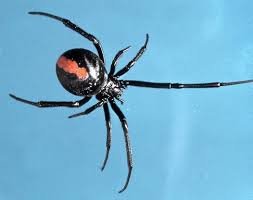 What is common between a praying mantis, Issei Sagawa, and the black widow spider? If sexual cannibalism was your vague guess, then you’re right. Sexual cannibalism is something of a normal phenomenon among the arachnid. And it is generally the male who gives his all (quite literally) to his mate. While many get cannibalized by the larger, more aggressive female, some like the Australian redback spiders, readily sacrifice themselves, to ensure their paternal success. The redback spiders, somersaults into the mouth of the female, who readily consumes the male whole. If you want to read about that stuff, here is a great link.

Necrophilia can arouse many terrible thoughts, and the thought that animals engage in it is just appalling. But the truth is that on some occasions, animals indulge in necrophilia as well. During the Terra Nova Expedition, George Murray Levick, wrote in his notes, that juvenile penguins often tried to copulate with carcasses of dead female penguins. The first recording of necrophilia in mallard ducks bagged the Ig Nobel Prize in biology in 2003. KeesMoeliker observed a mallard drake, copulating with the carcass of recently deceased drake for almost 75 minutes, while taking short brakes in between. Here is the link to the paper published.

Now this may be a taboo for humans but rape is pretty common in the wild. Take the notorious mallard again, mating season means pairing up of one male and female, leaving several mallards, unattached, meaning they don’t produce offspring that season. But mallards have overcome that difficulty, and sneaked in a cheaky loophole. They have resorted to mounting (forcibly of course) a lonely female, and sometimes, females not restricted to their species. forceful copulation is also observed within chimpanzees and even bottlenose dolphins - where young males move in packs and many a times forcefully copulate with lonely females. This sort of behavior is also seen in diving water beetles as well. These are aggressive aquatic predatory beetles, and their aggression is also reflected during the mating season. The diving beetles have no

courtship ritual, which just means that a male beetle will ambush and grasp any unsuspecting female diving beetle, catching her unaware and takes her straight to the water where he shakes and forcefully mounts her. Males have exceptional suction cup on their front feet that allow them a good grip on the female, who is kept underwater for a really long time, till she finally stops resisting. This ordeal can take up to six hours, before the female is finally released. This is extreme even where the beetles are concerned and very often leads to the female drowning. Here is a great link to know more about these kinky little fellas.

Mating plugs are seen as one of the most effective tools for polyandrous species, or where forceful copulation is rampant. Mating plugs are seen in rats, mice, squirrels, butterflies, spiders, reptiles and even kangaroos. While some may just smother the female genital tract with gelatinous goo, others take it a bit further. Like the male dark fishing spider that severs off its appendage, using it as a mating plug. This means that the males mate just once in their lifetime. (Here's a fun article to read about Mating Plugs)

Imagine the next time you have sex, your partner jabs you at random point, ejaculating each time, covering you inside and out, with his seminal fluid, don't believe me, ask a bed bug. And if the constant jabbing was not enough, how about extra spiky male genitals that have barbs on them, to ensure paternity? Such is the case with Bruchid beetle or bean weevil, Cowpea seed beetles have a rough time with sex as well, (at least as far as the female is concerned). The male beetles have spiky pines on their penis which during copulation does a lot of damage to the female, sometimes increasing her rate of mortality.
If you want to read about why beetles do have a spiky penis, here is a fun article.

While these may sound terribly extreme, with the female having to bear the brunt of it all, it is interesting to see how the sexes within species have developed coping mechanisms to overcome the assault, leading to the other sex having to step up their game. This is best seen in diving water beetles, the ones that risk drowning the reluctant female beetle in the attempt to successfully copulate with her. While females, over the years, have evolved smoother more slippery backs to dissuade males, males on the other hand have evolved better suction cups and tiny fur to have better grip while mounting females. This arms race has lead to scientist look at the battle of the sexes, where sexes within species go to great lengths to ensure they dictate terms of sexual contact; things like when is the time for sex, how to have sex, how many times and whom to have it with. While in some species this is mainly left to the female, and the male woes her with his charm, in many other species, males have taken it upon themselves to dictate the terms. when this happens it creates a conflict, and in this case, a sexual conflict. What is interesting is, that like us, animals, insects, birds, plants and even fungi tend to have an opinion on whom they'd rather do it with, and that in my opinion where things gets super interesting.