Your brain is plastic! [Coffee-byte] 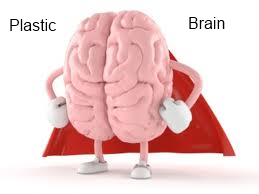 We all, have our days when our brain just stops responding to anything we say or want it to do. There are times when it fails you in simple arithmetic like 6 + 9 = ? (did you get that right?) or the change the shop keeper owes you. Sometimes, this happens early in the mornings or sometimes its late in the night, after a hard day's work but at the bottom of it all, we are sure that as

we are getting old, our brain is finding it hard to keep up.

And this is the greatest lie that we tell ourselves!

In reality, the brain is up and running and its ready to learn new things everyday. What you need to ask yourself is whether you are challenging it enough.

Researchers Ping Li and his colleagues at the Center for Language Sciences at Penn State University set out to test this and enrolled a group of 39 native English speakers for their study. Over a period of six weeks, half of the participants in the study were assigned to learn Chinese vocabulary while the others did not. Both the groups of participants underwent functional MRI (fMRI) scans, one at the beginning of the study and one at the end of it. fMRI's is a type of MRI scan that allows us to measure brain activity.

The most important finding of the study was that this increased brain activity was found to be independent of the age of the participant. This basically means that there is no ideal age to learn a new language. The researchers are confident that findings of this study can be applied to other day to tasks as well and learning something new will help in increasing your brain activity.

So, there it is! It is official now that your brain is flexible (plastic) when it comes to learning new things and there is no age limit to learn take up a new language or a new skill. Do share this bit of information with your family and friends and why not start off by liking our blog (Coffee Table Science Blog| Facebook| Twitter | Google+) and making a resolve to read every post that we send your way and let the brain activity flow!