The future of racing, Formula E 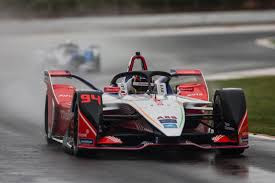 Racing away from the gasoline-guzzling and noise polluting sport of Formula 1, is the new category of auto racing, Formula E. An all-electric-cars event is expected to begin in 2014 and promises to take us one step closer to the future of using cleaner, greener cars in our day-to-day lives. Staying true to their motto of using racing events as a platform for innovation and testing newer technologies, the FIA ( Fédération Internationale de l'Automobile), motorsport's governing body, has recently given a 'go-ahead' to Formula E and you might get the first glimpses of these cars in action mid-way this year.


Surprising as it may sound, electric cars have been around since the late 1800's and were quite popular in those days. However,  developments in technology used for internal combustion engines led to popularity of gasoline fuelled vehicles, which we use today. Fuel crisis and the impact of using fossil fuels on our environment has once again drawn our attention to development of electric cars and Formula E racing promises to do just that.


For all those familiar with Formula 1 racing, this event will be no different, (except for the significant absence of noise). Ten teams will compete in this racing event that will be held across a calendar year in ten major cities of the world. Since, the idea of Formula E is to promote usage of electric vehicles in cities, all races will be held on street circuits, as are currently done for the famous Monaco Grand Prix. Unlike Formula 1, where each team decides to source its engines from a manufacturers of its choice, all cars in Formula E will come from the same manufacturer, which teams can tinker with to get maximum performance.


Its going to be slow, dull, boring race.


On the contrary, no. Unlike gasoline driven car engines, that start slowly and need to reach a specific number of revolutions per minute (rpm) to generate maximum strength or Torque, an electric motor is capable of reaching maximum torque, almost instantly. So, you are going to get those quick starts with cars reaching speeds of 100 kmph in just 3 seconds.  Also, the car manufacturers believe that with optimization of design and fine tuning, the car can reach a top speed of 290 kmph. Not the kind of speed, your family would want you to commute to work at everyday!


Another important feature of these cars would be their ability to capture energy released during braking and reuse it to run the motor. A primitive version of this system called Kinetic Energy Recovery Systems or (KERS) is being weakly implemented in Formula 1. But Formula E provides us a window of opportunity for development and large scale testing of this system.


In addition to the good it  does to the environment, driving an electric car  also means savings for your own pocket. Studies carried out by the US Environmental Protection Agency (EPA) have shown that all -electric Scion iQv costs you a meagre $0.84 to drive 25 miles as against $3.79 that you would have to shell in a recently released model of fully gasoline powered car.


Where is the pitfall?


The most advertised and the only pitfall of using an electric car is its lack of range. Even on a full charge, an electric can drive to a maximum distance of not more than a 80-90 miles and then needs to wait for atleast 30 minutes for a quick recharge. A pit stop this long is unthinkable in a race where cars move at excess of 200 kmph and quick changing of batteries does not meet safety regulations. Therefore, Formula E will feature a 'car-change', where drivers will switch between cars during the race. Strange, but true.


Only a path-breaking development in battery technology can avoid a 'car-change' in the races to come, but work is already in progress to find alternative methods of charging batteries while on the run. But for now, 'It’s time to go racing; and this time, it’s electrifying.'