The cell phone has become an integral part of our lives. Thanks to the multiple tasks that today's smartphones can handle, a cell phone is promoted more as "Life Companion" than a gadget.  Even among friends and colleagues it has become quite common to find individuals who are so attached to their cell phones that they 'cannot live without them', feel anxious if left without their phones or feel this need to answer every call they receive on their phone.

This addiction to stay connected has become a favorite topic for research on how cell phone usage affects our day-to-day lives. Initial studies concentrated on how cell phone usage affected tasks such as driving.  Results from such studies promoted the imposition of restrictions on drivers but pedestrians were left free to use their phones during their commute. A recent study focusing on pedestrian cell phone usage now tell us that attention of cell phone users is so impaired that most users failed to even notice a clown riding a unicycle while talking over the phones. Whether with the vehicle driver or the pedestrian, it is not his motor skills but his cognition or awareness of what is happening around him that is being affected with cell phone usage. 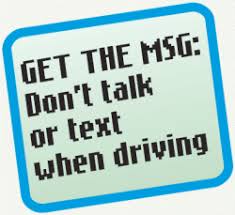 The question researchers asked next was that if our awareness is affected by our own phone usage , is it also affected by someone else's phone usage? The answer to that is evident from our annoyance at people talking loudly over their phones in public places.  But the study conducted at the University of San Diego, tried to answer this question through a controlled experiment. Participants were recruited for a study about anagrams and reading comprehensions and while the participant was attempting anagram tests, either a one -sided (over the phone) or a two-sided scripted conversation was enacted without the the participants knowledge that it was staged. After the anagrams, participants were also given some indirect tests to measure how much of the conversation could they recollect and as part of the exit interview asked if they found the conversation intrusive.


While participants found the conversations distracting and were even surprised that it occurred during a research study, most were able to recollect words from the one-sided conversations better. This goes to show that potentially, each telephonic conversation that occurs in our vicinity has the capability of distracting us even when we have been assigned a particularly complex task. Such a finding has serious implications at a work place where phone conversations are rampant and competition between co-workers intense. So, co-workers are even more likely to be distracted by phone conversations and ultimately, work suffers. Something for employers to look into.

But that is not the only reason why we brought this up. As our cities expand and our commuting times lengthen, people are looking for better ways to use their commuting time effectively. While some choose to work, others choose music or games or simply use their cell phones to stay connected with family and friends, which brings us back to the 'attention-grabbing' one-sided cell phone conversations. We have already seen that such conversations are distracting in nature. Add to it the human curiosity of guessing what the conversation might be about or where it might lead, and multiply by it by the number of people you see talking over cell phones on your usual commute. What you get is a load of noise that you are forcing your brain to comprehend in its free time everyday, before and after your time at work. We favor longer commutes to stay away from the din of the city and subject ourselves to this? But remember, it is not only you who is at the receiving end.


Let us know your suggestions in the comments section below on how we can make our commutes better.